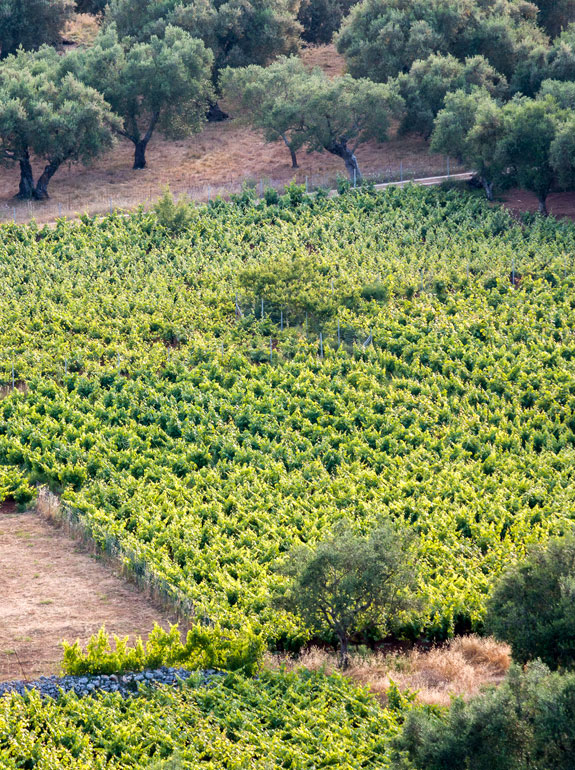 Grapes are one of the main Greek products and it is cultivated almost in all regions of the country. The grape is the symbol of Dionysus who, according to the ancient myth, taught the Greeks how to cultivate grapes and produce wine. Apart from wine, grapes also produce raki, vinegar and methylated spirit.

The first references to wine and vineyards are found in the works of Homer and on Linear B tablets in Knossos and Pylos. The archeological data from the palace of Pylos, such as the storage vessels and the Mycenaean cups, indicate that wine played an important role in the Mycenaean economy. The cultivation and wine production practices did not differ to those of our ancestors and remained unaltered from the ancient times until at least the mid-20th century. The great vineyards of the Peloponnese suffered enormous destruction from the Ottomans during the Greek Revolution in the early 19th century. This was caused mainly from the fires by Ibrahim Pasha and it was not until the late 19th century that the vineyards recovered. In modern times, the wine is a staple of the daily diet. Among the agricultural population, the amount of consumption varies depending on the type of farming. The percentage of crop farmers who consume wine is higher compared to the amount consumed by  livestock farmers. The majority of contemporary farmhouses has a grape vine pergola. The pergola is made of beams on which the table grape vine grows providing shade from the sun. It is usually constructed on one side of the house and covers the courtyard 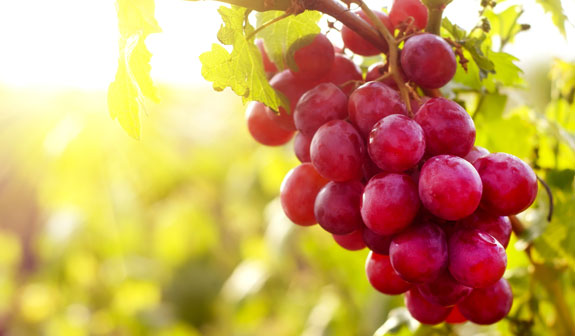 Traditional grapevine cultivation practices require precise planning and take place all year around. Before planting, the field must be prepared so it is even and weed free. Cuttings are then chosen from healthy and productive parent vines and are tied into bundles. The bundles are partially covered with soil. In late March to mid-April the bundles are taken out from the soil and are replanted. The planting position of each cutting is marked with a stake. Holes of about 50 cm deep are dug, 0.8 – 1.0 meter apart from each other.

Propagation in traditional viticulture is done by cuttings, layering and grafting.

•Cuttings:Propagation by cuttings is a simple procedure. Suckings were removed and planted one-by-one in each hole. The hole was covered with sieved soil and pressed firmly using their feet. The sucking was cut with pruning scissors leaving 3-4 buds. The planted cuttings sprouted a root system and the following year they were pruned into a cross shape and at about 1 meter high from the ground.

•Layering:Layering is not commonly used. It is usually applied to replant missing vines or to renew vines in an already established vineyard. Without cutting it, a healthy cane from an adjacent vine is extended and buried with soil at the empty stake position. The new vine obtains nutrition from the parent vine. When the new vine grows leaves, it is detached from the parent plant.

•Grafting:When the vine did not produce grapes, most of its trunk would be cut and replaced with a cutting of a new vine sealed by a graft union. They used canes with buds from a healthy and productive vine. The roots of the vine were covered with soil  leaving only one bud over ground.

Vineyards require love and care all year around. There are many  and arduous agricultural tasks involved. One the the first tasks that takes place in Autumn just after harvest  (end of September to mid-October) is digging deep holes with a mattock around the vine trunks so that small roots are removed, which will strengthen the rest of the roots and, rain water with the manure will be retained.

Another task is removing the dead and weak canes from the vines. In lowland areas, pruning begins in January while in mountainous areas it takes place in early February. The elders used to say «Prune in January and don’t ask the moon» and pruned the vines during waxing moon and with good weather for things to go well. Pruning is a very tedious task as they have to remove damaged, dead or weak canes and also prune the healthy ones leaving several buds on each. The viticulturist has to know which buds are productive and which canes can be used for grafting so not to remove them.

Earthing up is immediately done after pruning and before the buds open, from February to March. The soil is ploughed and pilled up around the trunk of the vines taking the form of a cone, called koumoulia or koutroulia. These are then completely leveled one month later during hoeing.

Sulphur and bluestone spraying takes place in March to prevent diseases. Hoeing and weed control are conducted in spring followed by girdling, that is, the removal of a strip of bark around the circumference of the trunk to maintain and make larger the grapes.

On the 1st of February, when Saint Tryphon is celebrated, the vineyards are sprinkled with holy water.

From the grape to the olive harvest, work never ceases (continuous agricultural tasks)

From the vineyard to the olive grove, work never ceases (continuous agricultural tasks)

The vineyard needs a viticulturist, and a home a breadwinner (every situation needs the right person)

In May they drink wine, in June vinegar, in July water and this is how all the best things in a man are born (the beneficial effects of eating food when in season)

The figs are becoming yellow, the grapes sweet, the apples red and the walnut have split hulls (the fruit of September)

Good wines and good drinking! ( a wish given during harvest and grape pressing)

A plucked magpie thrown at the fence. What is it? ( The grape bunch (rachis) without the berries) 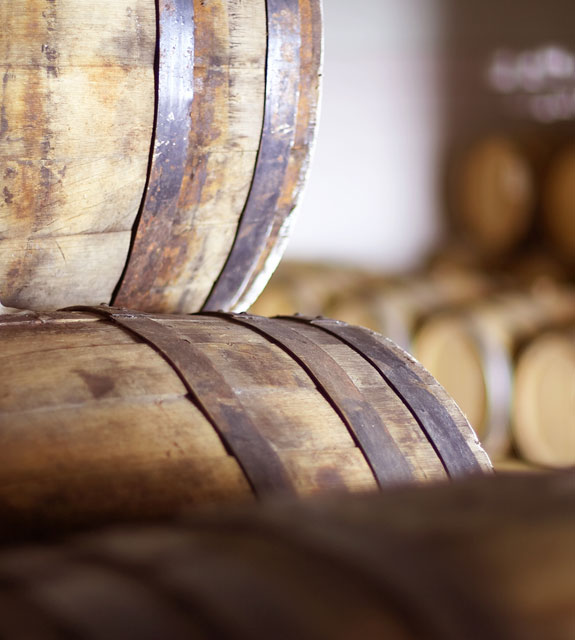 September is the month of harvest and this is why it is called Trygitis (Harvestor). Depending on the lowland or mountainous location of the vineyards, harvesting is carried out from August to October. In the past they did not begin harvesting on a Saturday or Tuesday because of the superstition that these particular days are unlucky and they would never finish harvesting.

The preparations before harvest are many and the whole community takes part creating a festive atmosphere. Initially, they repair any damages to the wooden vats/wine presses. At the same time, they prepare the other equipment they need: patching the wineskin bags, checking the barrels, the cauldrons, the wicker baskets, the funnels and the press screws, that is, the manual press that presses the grapes after stomping.Harvesting grapevines starts very early in the morning. Each worker uses a pocket knife or a harvesting hook knife and harvests one row of the vineyard at a time. They pick all the grapes and place them in wicker baskets, which are transfered with donkeys or carts to the wine press.

The method of crushing the grapes differs from area to area and depends on the type of wine and whether the stems are separated from the grapes or not. In the past, the pressing of grapes was carried out using a wooden vat and the grapes were pressed with a wooden pole. The must and the skins were placed into wineskin bags and transfered home. There were also large mobile wooden vats, which were transfered to the vineyard. Another type of wine presses, which is found in Messinian Mani and especially at the villages of Thalames and Lagades, was basins in which the grapes were processed. These were used either by one winemaker or were community-based. They were found at the outskirts of villages, close to the vineyards, and had a rectangular shape with specific dimensions and openings. The earliest wine press basin dates back to the 19th century. After pressing, the must is placed into barrels, which remain open for 40 days until it ferments. After this, the barrels are sealed with resin or plaster . The first tasting of the new wine takes place on Epiphany (6 January). In other places, like the village of Konstantini, the barrels are first opened on the feast day of Saint Demetrios (26 October). 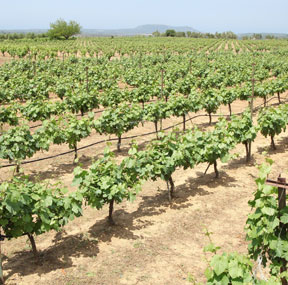 Production can also be afflicted by animals like foxes, birds and badgers. Preventative measures such as fencing off the vineyard with stones or reeds where there are no natural fences of reeds and brambles, hanging coloured ribbons or scarecrows to prevent birds and finally hanging cowbells are effective deterrent measures that can protect production.