The fig tree is a deciduous fruit tree, native throughout the Mediterranean, with a straight trunk and large thick leaves. It is systematically cultivated for its edible fruits. The fig is medium sized, greenish or purple, and is pear-shaped with a sweet flesh. Figs can be eaten dry or fresh. Figs are rich in carbohydrates and are an essential source of energy for the human body due to their high content of calcium, phosphorus, iron and fiber. 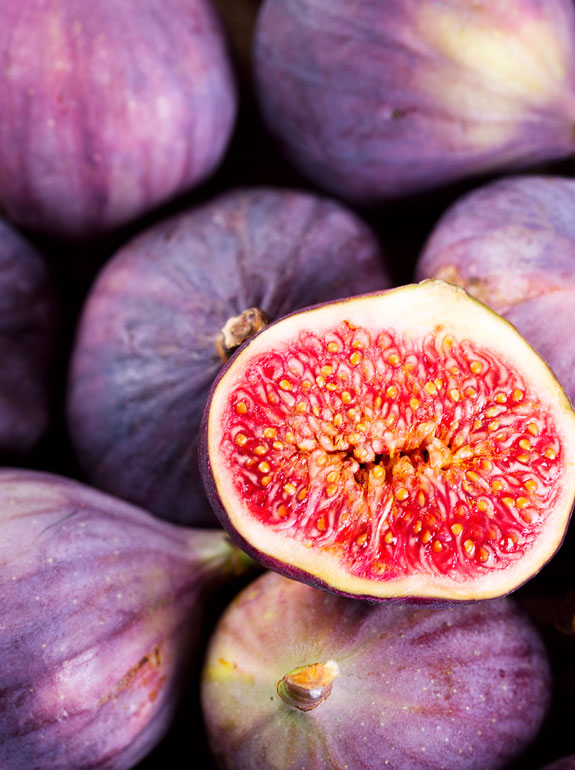 The fig has been a main food of the human diet for at least 3000 years. For the ancient Mediterranean civilizations it constituted a staple and an integral part of their diet, to the extent that it substituted bread.

It was a popular fruit and main ingredient of the Greek diet since ancient times. Greek athletes at Olympia ate figs to increase their running speed and overall strength. In Greek mythology, the fig figures prominently as a gift of Demeter to Dionysus. Figs were also associated with the Orphic worshippers of Bacchus, known as the Pythagoreans. The fig symbolized prosperity, fertility, knowledge, unity and immortality. In Ancient Athens the fig had a prominent position in both consumption and cultivation. The royal figs of Attica were so renowned that the Ancient Greeks had banned their export and illegal exportation was punished. A person informing the authorities of someone engaging in forbidden fig trading practices was called a sycophant, a “fig revealer.” In the Modern Greek language, the term sycophant has a negative connotation.

In Messinia, the systematic cultivation of the fig tree began after the social and economic crisis of the cultivation of currants and figs became one of the main sources of income for the region, especially in the 19th century. and the 20th century. In 1911, Messinia had the highest number of fig trees throughout the Peloponnese. High fig production numbers were first encountered in the area of Messini and then in Kalamata, Pylos and Trifylia. At a national level, organized efforts essentially start in 1929 when the government established by law the «Office for the Protection of Greek Figs». At that time, the aim of this organization was to research and oversee the application of scientific means for the purpose of expanding and increasing the production of dried figs. Later in 1934, a new law assigned broader responsibilies to this organization, and thus linking it closer to the production process of dried figs. During this time, the first six fumigation facilities were established by the state.

Until the early postwar years, along with olive oil and currants, figs constituted one of the main export goods to countries such as Germany, Austria, Hungary, Russia and others. The First World War would greatly impede agricultural trade in Messinia, which would recover only during the Inter-War period. During this period, figs were mainly exported to the markets of Italy, Germany and the USA. Just a little before the Second World War fig trade started to flourish with the establishment of two private companies and many local merchants who were involved in the trade of figs. Since the 1950s the demand of figs decreased resulting in the replacement of fig trees with olive trees. However, the current local production of figs is not minor given that the co-operative of fig producers “SYKIKI” has 3,700 members.  This co-operative was established in 1935 and resulted from the unification of smaller fig producer associations and co-operatives of Messinia and Laconia. In 1952 the Office for the Protection of Greek Figs ceased operations and all its assets were transferred to SYKIKI, which successfully continues to date as the sectoral agricultural co-operative of figs.

Cuttings: In February they cut one-year old shoots and plant them at the edge of the field or in a metallic container. The cuttings develop roots and shoots. After a year the young trees are replanted in the field from February to April.

Suckers:Annually, suckers grow near the base of the tree. These shoots are removed with their roots and are planted either in a container or in the field. Replanting takes place after one year. 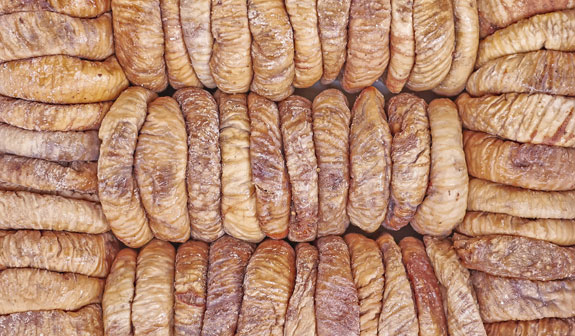 Fig huts or shelters were one-room structures found in various areas of Messinia, such as Megali Mantineia at Avia and Thouria. They were used by the family during the summer months, from mid July to mid September, that is, during the months of the harvest, sun-drying and stringing of figs. If the price of figs was low, the stay extended until the end of September.

The single room of the hut was generally square, measuring 4 x 4 meters and up to 3 meters high. It was built out of clay bricks and mud. The roof was made of water reeds and there was no ceiling. Mud was used to attach the roof tiles, which were supported by stones. The interior of the fig hut was divided into two rooms with a low ceiling. A wooden stair led to an upper floor, which was used for sleeping or for stringing the dried figs. The ground rooms had a compacted and waterproof earthbound floor built from a mixture of broken-down clay, lime and soil, called ‘kourasani’. These rooms were used for storage. At one of the exterior walls, there was a water reed or wooden shed supported by cypress poles. This is where they cooked, ate and slept when the hut was filled with figs. Cooking was done on two large stones among which fire was lit and where the pot was placed.  For seating they used carved fig logs. During the day they used natural light coming from the door and the one or two windows of the hut while at night they used lamps fueled by olive oil, kerosene or acetylene gas, depending on what the family could afford. 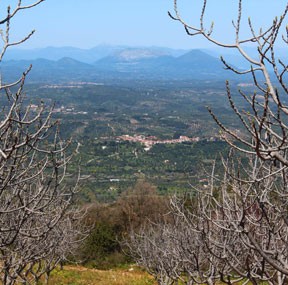 Very low and very high temperatures stress and hinder the development of the fig tree and its production. High temperatures can result in hollow with no flesh figs. Heavy rainfalls and hail cause damage to ripe figs as they open and rot.

Infestations of the fig wax scale (Ceroplastesrusci), occur on the foliage, stems and branches of fig trees. This results in reduced vigour and general debility of the tree. Heavy infestations may result in chlorotic spotting and premature shedding of leaves, wilting and dieback of stems.

Another important enemy of the fig tree is the Mediterranean fruit fly (Ceratitis capitata), which lays eggs under the skins of fruit. The larvae develop inside the fruit and once the flies reaches the next development stage, they dig their way out of the fruit, making a small hole and destroying the quality of the fruit.

A fungal disease that causes defoliation by attacking the fig tree’s young leaves is fig rust.  The symptoms of the disease usually appear in late summer.  Finally, birds, like the magpie and the hooded crow, can also be a problem as they peck or eat the ripe figs and destroy them.